The Difference Between a Cortado and a Macchiato 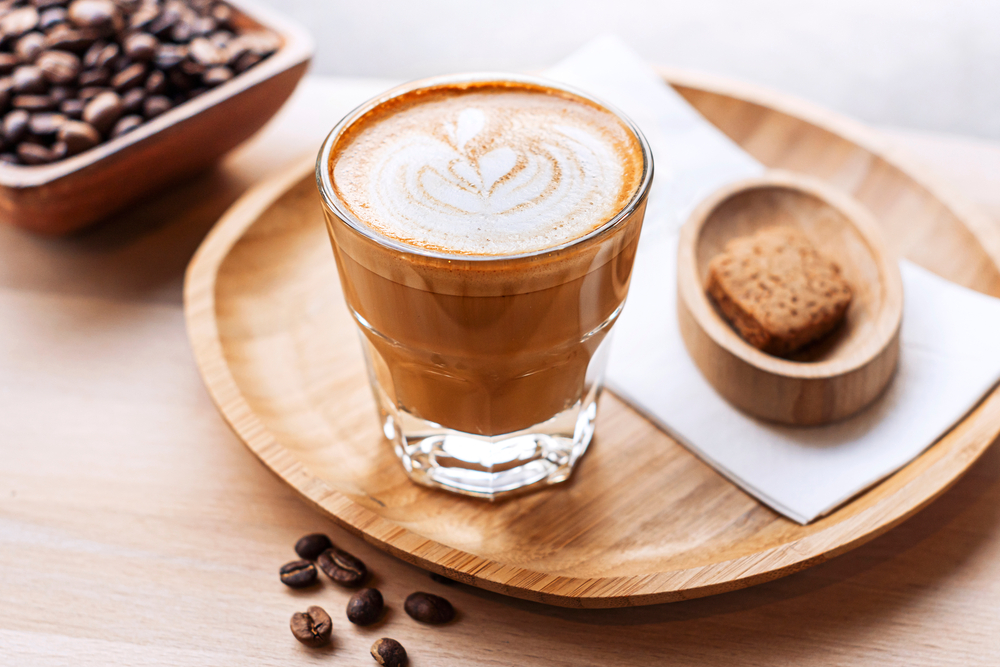 Most people love macchiato whether it is served or hold, but they may have never heard of a cortado. Are you one of them, or you may have seen both drinks on a coffee menu and want to know the difference? Then you should read this article to the end.

Today we are going to talk about the major differences between a cortado and Macchiato. You are going to learn the basics of the drinks. A shot of espresso can be used to create different types of drinks once there are other additions like the steamed milk, foamed milk, ice, and syrups.

WHY SHOULD MILK BE ADDED?

Some people like to take their coffee black, but you can always add milk to the coffee if you want it to taste better or you want to reduce the bitterness or make the coffee more creamy. The flavors of whole milk can be enhanced if it is steamed around 65 degrees Celsius.

Both the cortado and macchiato are sweet because steamed milk is added to them. Let's say you don't like whole milk and you want a plant-based alternative to adding to your coffee, you can try soy milk, almond milk, or coconut milk.

You can make these drinks at home, and you can put whatever you like in time. You just have to be careful when steaming the milk because it could curdle.

What is a Macchiato?

Many Italians have been able to create different coffee drinks and improve their coffee culture. One of their favorite recipes is the macchiato. A macchiato is made with a single shot of espresso and a mark of milk foam.

Macchiato means ‘marked coffee’ or stained, so that's how the drink got its name. Macchiatos are usually served in a glass that is about 3-4 ounces. The drink is mostly enjoyed in the morning because milky coffee may not sit well on a full stomach.

If the classic espresso is acidic for you, a dash of foamed milk or steamed milk will reduce the acidity and bitterness. You can add milk to your espresso and create an espresso macchiato or pour the milk first into the cup and add the espresso to create a latte macchiato. The macchiato has more espresso than milk, unlike the cortado, cappuccinos, and lattes that have more milk than espresso. It all depends on how much milk you want in your coffee. You can choose to make any of the milk-based drinks.

What is a Cortado?

A cortado is a shortened version of a latte. It is an espresso with half milk and half espresso. It is very sweet and aromatic. You may think that you are drinking a latte, but there is one subtle difference. This drink has 2 shots of espresso, one steamed half cappuccino, and one-half milk. The goal is to keep the milk portion warm because you have two in a latte. The first major difference between the two is that a cortado is much stronger, and it tastes creamier. It is the perfect pick-me-up for your day.

The cortado is good for the morning because it's already caffeine-rich. It gives you a chance to feel awake before you head out the door. The espresso brewing method is very popular in the Basque Country of Spain and different parts of the world now.  If you are in Spain, you may even hear someone ask the barista for a café Manchanda (this coffee-stained with milk) which in some regions, means the exact opposite (milk is added first with a splash of coffee).

So if you don't like bitter coffee, you need to know exactly what you are ordering and if you are making the drinks at home, you need to be sure of the recipe you are using. Lets me give you a short intro about Spanish and milk.

Just like other people, the Spanish love to put milk in their coffee because of the calories. In the 20th century, some companies in Spain started roasting flavored beans and adding sugar to them. So the Spanish became accustomed to the dark roasted beans with oily flavors. They wanted to make a better cup of coffee, so they decide to put milk in a certain ratio, and that's what brought the Spanish to the cortado drink.

They became used to this method, so that is why the use of milk is very popular in Spanish coffee.  Now, the difference between the two:

There are tons of questions regarding the difference between a cortado and a Macchiato. Like we said before, both have similar key ingredients, but there are subtle differences that people might be unaware of. Let's see if you can spot those differences and which one you should be drinking more of: Here are the main differences between the two drinks:

Cortado is a much finer and lighter coffee served at a much smaller size compared to the Macchiato, that is it, but it all depends on what you like in your coffee.

The popularity of these coffee drinks depends on the region where you are. In Australia, you can make or get any of these drinks. They can both be served with or without sugar. Sugar is more of a cultural thing. Americans prefer sweet things while Australians are more concerned with the quality of the beans before any additions.

Another difference between cortado and macchiato is the amount of milk used. It has more to do with how the milk is prepared.  Foamed milk is used for macchiatos. Foamed milk is made with either the steam wand in the espresso machine or with a milk froth. When you place any of the tools into the milk, it traps air and begins to create small bubbles. The foamed milk is light, and it can be used in other drinks like cappuccino and lattes.

Steamed milk is used for a cortado. The milk is usually heated, and it won't have any air bubbles.  The steamed milk will give the coffee a creamy, smooth texture. If you don't own a steam wand, you can get the milk in a saucepan. Just be careful not to burn the milk.

Steamed and foamed milk can be used together to create other delicious coffee drinks like the cappuccino that has different layers. It is made with 1/3 espresso, 1/3 steamed milk, and a bit of foamed milk. If you become a pro in frothing, you can make all kinds of coffee drinks with the same tools.

Why you should be drinking these drinks?

The simplicity of the drink Macchiatos come in many flavors, from the standard Café Latte to Roasted Almond, to the Purée of Chocolate and Mocha, to the likes of Salted Caramel, Peanut Butter and Strawberry macchiato. There are probably 2 dozen different flavors of Macchiato.

So why is there so much choice? The answer is simple, coffee lovers like to try new drinks. Coffee is all about experimenting. Well, all these different flavors are combinations of coffee, milk, and sweeteners like sugar, and they are very simple to make. All you need is a standard coffee machine, freshly roasted coffee beans, a food scale, and a spoon.  Get started!

Is There Any Difference Between A Cortado And Flat White?

Yes, the flat white uses the same quantity of milk as the cortado but the milk, in this case, is foamed not steamed. The texture of the milk will make the flat white a bit fluffy while the cortado has a creamy and smoother texture. Since the flat white has extra foam, it could be served in a bigger cup with more headroom.

Difference Between Macchiato And Latte Macchiato?

What About The Difference Between A Cortado And Cortadito?

We hope you now know the differences between both drinks. You can now make the drinks in the comfort of your home.  Until next time folks. Check out our next post!