Tanzania is one exciting yet emerging origin of good coffee. It seems like each harvest from East Africa keeps getting tastier. They produce great coffee. Tanzania is known for its high-quality coffee, that's why many coffee aficionados love it. In this guide, we will tell you all you need to know about Tanzania coffee beans.

By the time you are done reading this post, you’d be ordering some from Coffee hero. Let's dive in. 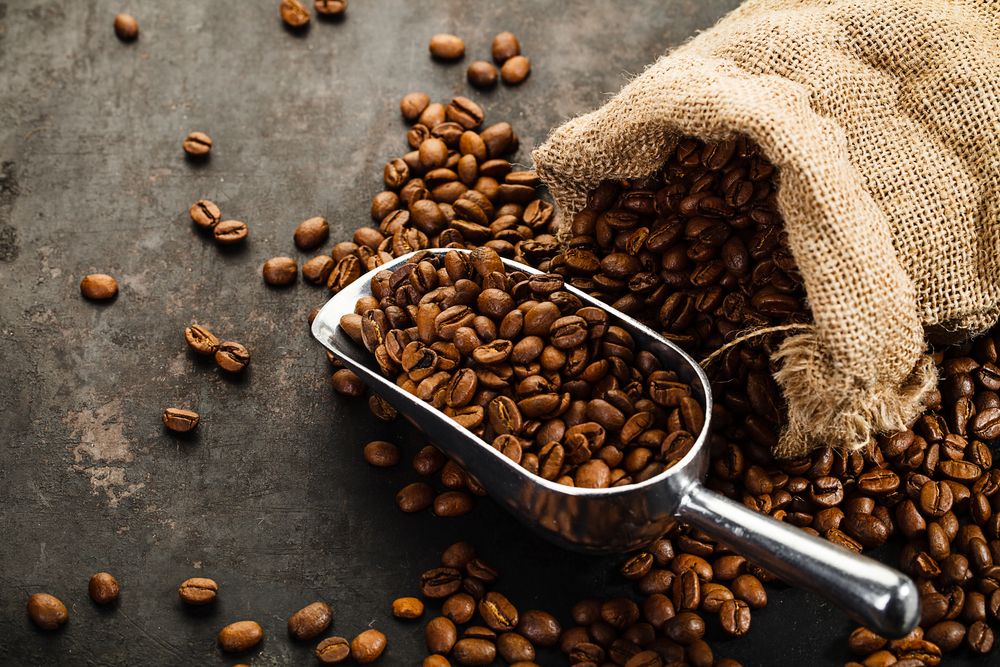 Tanzania shares the same borders with other coffee-producing countries in the world.   Like we mentioned Tanzania produces some of the best coffees with a high profile just like its neighbors. They also produce as much coffee as Kenya and they export around 790,000 6kg sacks every year.

Tanzania is close to the birthplace of Arabica coffee beans- Ethiopia.  At first, coffee wasn't produced for commercial purposes until the 1890s. Should we tell you a surprising fact? The coffee was used by the locals as a fruit they just chewed on instead of beans that were brewed into a tasty beverage.

Around the time of German colonization,  some rules were set in place which mandated the farmers to grow just the Arabica species of beans instead of Robusta which they grew in that region. This growing coffee industry was around Mt. Kilimanjaro. This is where most of the specialty coffee is still grown up to date. Note that Arabica coffee beans are now a successful coffee-growing crop.

RELATED: WHAT IS SINGLE-ORIGIN COFFEE?

As Germany lost control of the colony post World War I. The country known as ‘Tanganyika’ became a British colony. The colonists wanted to expand the coffee industry in Tanzania, spreading coffee to other parts like the West in an attempt to increase productivity. This attempt of theirs was unsuccessful, although it increased after some time.

At this time, Tanzanian coffee had not gained any popularity. No one had heard of so much Tanzanian coffee as people have now. Around the 1960s Tanganyika and Zanzibar gained independence, they combined and formed the Republic of Tanzania. The main aim of this economic strategy was for the government in Tanzania to increase production in the coffee industry. Many of the coffee farms were nationalized and immediately became state-run cooperatives.

Okay, let's cut the long story short. They tried all this and it failed terribly.  Later on, the industry was privatized, and the producers were allowed to sell directly to roasters and other buyers. The coffee industry then took the shape we see today. Today, Tanzanian coffee is popular and adored by people in the West.  Regardless of where you come from or stay when you buy coffee from Tanzania, you will have high hopes for it. Tanzania is a good area for growing coffee including the skill, dedication, and labor put into it.

GEOGRAPHY AND CLIMATE OF TANZANIA

You know for a delicious coffee to be grown, the plants need some things. They need rich social, high elevation, sunshine, and water. Tanzania has most of these requirements- volcanic soil, access to water, making it a perfect place to grow coffee. The coffee grown in Tanzania is situated around the highland areas. These volcanic areas provide the crops with rich soil. They also provide the right altitude that Arabica beans need to grow.

RELATED: WHY DOES HIGH ELEVATION MATTER?

Once these factors are missing and the coffee is planted at a lower elevation and the cherries grow too fast, they will produce a bland seed that lacks sweetness and acidity. This is because lower altitudes are too warm for the Arabica beans to grow.  Although the coffee industry started towards Mt Kilimanjaro, it has now spread to the West to other regions like Mbeya. Take note that the Mbeya region is now the most productive coffee-growing region in Tanzania.

Production of coffee is done across nine regions in Tanzania- Kilimanjaro, Mara, Ruvuma, Kigoma, Mbeya, Manyara, Arusha, Kagera, and Bukoba.  About 40000 farming families get revenues from coffee. This crop consists of about 20% of Tanzania's export earnings. A single coffee bean can develop more fully since they are given the nutrients for two coffee bans. This allows for better flavor development when the beans are being roasted.

HOW ARE TANZANIA COFFEE BEANS PROCESSED?

The growth of Tanzanian coffee beans is not compared to the amount of coffee produced in Kenya. But the Coffee produced in Tanzania is compared to other African coffees with winey acidity. The beans are wet-processed (washed). The beans are also graded, the grading system is similar to that Kenya- Tanzania AA is the highest grade then by A, B, etc.

The taste is similar to Kenyan coffee. They exhibit a bright and vibrant or even winey acidity. Sometimes it's even sharp with a rich and strong taste. Tanzania coffee beans have tasting notes like fruity and sometimes with notes of cedar.  It sometimes exhibits a rustic note and sweetness of brown bread, with an after-taste that lingers and a taste of the East African wildness.  Note that the acidity contained in Tanzania coffee is not much compared to the Kenyan coffee beans. Although the fruitiness and acidity of the Tanzanian coffee beans are sometimes understated, they still taste bright. Freshly ground Tanzania coffee beans give a sweet molasses fragrance, that has notes of apple fruit and is slightly floral.

HOW TO BUY TANZANIAN COFFEE BEANS

As we mentioned, Tanzania produces high-quality coffees. Unlike other high-quality coffees that shouldn't be allowed to get to the dark roast region, Tanzanian coffee beans taste really good when they are allowed to roast for a longer time. They also work extremely well into the medium roast.  We recommend that you buy while freshly roasted coffee beans. Don't buy the ones that have been sitting on the shelves of stores, supermarkets, and even warehouses.  Coffee is a product that loses its flavor once it has been roasted. Imagine where they had to sit on shelves or warehouses. That means their flavors and aromatic compounds will be lost, this will result in a bland, flat cup of coffee. This is most peculiar with dark roast coffee that has high levels of oils which can spoil quicker than lighter roast. 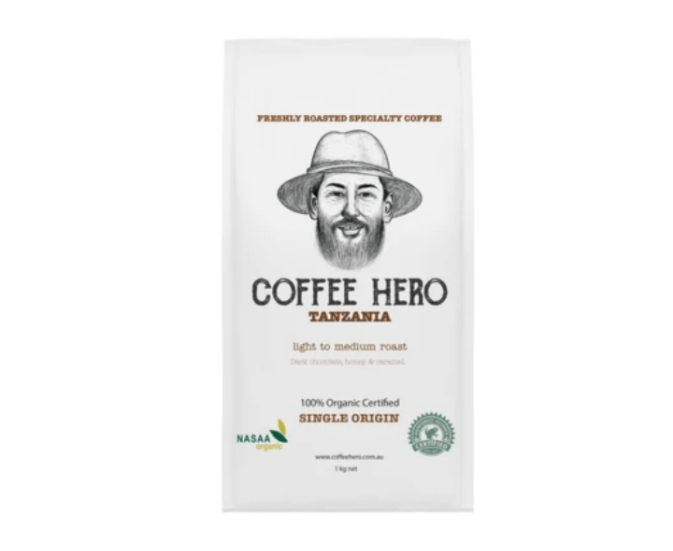 HOW TO BREW TANZANIA COFFEE

There are different coffee brewing methods but most coffee lovers prefer to use the pour-over method. For any coffee at all, pour-over coffee always works.  You can use any of the pour-over methods like V60, Origami dripper, Clever dripper, or a Chemex. It will show you exactly what we are talking about.

This is because the recipe for Tanzanian coffee is tweak able. You will always get the best out of your coffee beans if you use the pour-over method.  You should use the right brewing temperature to bring out the flavor note of the coffee. You should also use the right grind size. You can read our full guide on how to grind and measure coffee. Tweak the measurements and grind sizes until you are satisfied.

To get the best result out of these beans, you can also try other methods. After all, coffee making is about trial and error, that's the fun part of it. You can try using the espresso brewing method, The brew time is about 35 to 40 seconds and the ground level should be fine. For the French press, the grind should be coarse and give the coffee about 30 seconds to bloom so that carbon dioxide can leave the coffee.  For the Chemex brewer, the brew time is 2-3 minutes and you should use a medium-coarse grind and a paper filter.

Also, allow the coffee to bloom for about 30 seconds. Like we said earlier, try all brewing methods and see what works best for you. You can read a full guide on all the brewing methods here.  Remember that the right temperature to brew coffee is about 90 to 96 degrees.

You don't have to go all the way to Tanzania to get these high-quality coffee beans. They are freshly roasted. You can get them here.  We also sell coffee blends, that are mixed to give you a balanced cup of coffee. To top it up, we offer FREE SHIPPING.