HOW TO MANAGE STATIC IN COFFEE GRINDERS 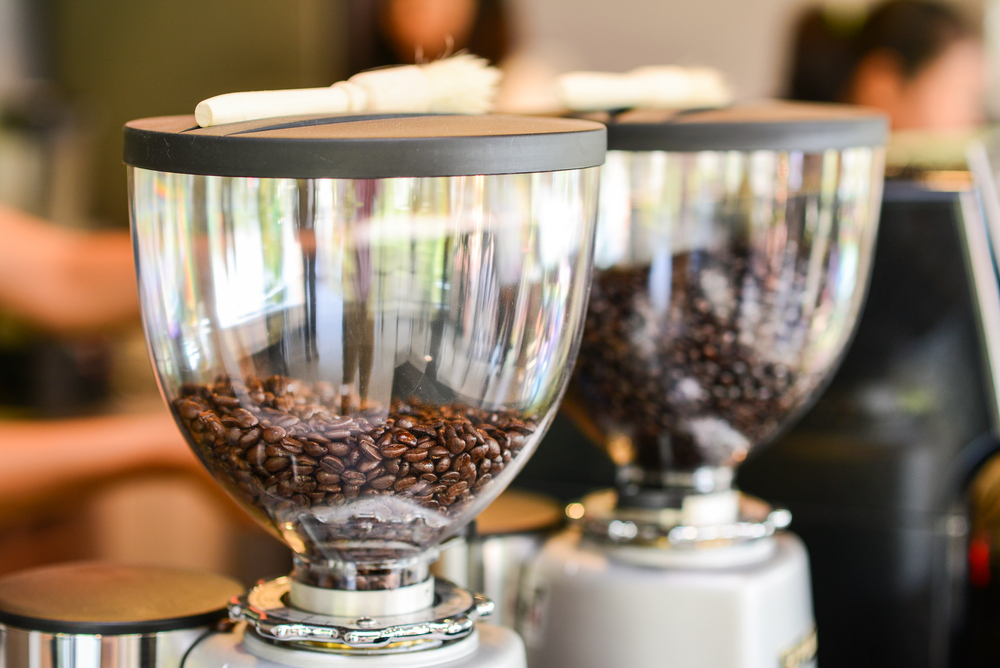 Grinding coffee beans yourself just before brewing always produces everything you’d want in a cup of coffee- aromatic compounds, a full-body, robust flavors, and a caffeine kick to start your day.  Unfortunately, the grinding process sometimes makes a bit of a mess, leaving coffee grounds on the floor.

If you have an electric coffee grinder, you’d know that it is annoying that coffee particles usually come out of the catch bin because it is opened. These charged grounds will stick to anything they see- your hands, mug, etc.

The good news is that static in the grinders can be managed if you follow these tricks. Are you ready to stop messy coffee dust today? Today we’d discuss the following:

WHY THERE ARE STATIC IN GRINDERS

It is important you know why static electricity happens when you are grinding coffee. Let's get a bit technical here. Static happens when there is a positive as well as a negative charge between two or more objects. Almost everything is made of atoms and each atom has the following- Electrons that are negatively charged, Protons that are positively charged, and Neurons that have no charge, (they are neutral).

Why all these technical terms? We are trying to say is that when the positive and negative charge is present, there’ll be balance. But when there is no balance, that is when static electricity occurs. The static charge usually builds on the surface, in some cases it builds on the grinder’s catch bin till they are released. You’ll experience a strange shocking sensation when the electrons are released, so that is what we mean by static. But don't worry too much, the grinder is not going to shock you.

WHY IS THERE IS SO MUCH STATIC ON THE GRINDER?

The answer is the popular concept ‘friction’ that causes the static in your grinder. When the coffee beans pass through your grinder and touch the burrs, friction will occur. So when there is friction, the electrons will be transferred and will move from one object to another. This means that there will be an imbalance resulting in static.

Due to this imbalance, the coffee grounds will repel, so the dust will start coming out the grinder and it will make a mess you won't like. The mess is the only thing that static causes, it can make a percentage of the coffee grounds stick to the ground container. You have to be careful else this will make a change in the coffee weight, and it can mess up the coffee recipe you are using.

SIMPLE TRICKS ON HOW TO REDUCE STATIC IN GRINDERS

If the static in your grinders gives you a headache when you want to brew a cup of coffee, then you should use these tricks.

NOTE: These tricks will not eliminate the static, but they will reduce it. You’d still experience the static as you grind the coffee.

YOU HAVE TO BE PATIENT

If you are the kind of person that likes to have an instant caffeine kick, this might be a difficult option for you. To reduce how static happens in your coffee grinder, you have to be patient, sit back and give it some time.

Waiting for a few minutes after grinding the coffee will remove some of the static.  When some minutes have passed, slowly take off the container from your grinder, then tap the lid to remove coffee particles that have stuck to the side of the catch bin. This trick is not efficient, but it will help to minimize the static.

Since this is about the transfer of electrons, we have to think about the conductors and insulators that are part of electricity. These conductors allow electrons to move between atoms while the insulators will restrict how the electrons flow. Don’t get confused, it is not so technical.

So since we are trying to make a good environment to be able to grind our coffee and reduce how static builds up in our grinder, we have to use the ross water technique. All you need to do is add one drop of water or more to your coffee beans before you start grinding.

This trick is commonly referred to as the Ross Droplet Technique, coffee experts introduced it in 2005. The technique works better for home baristas.

So do the following:

If you are using a French press, the coffee grounds will easily drop into the carafe with no residue clinging to the ground bin.

Related: How To Grind Coffee

Related: How To Measure Coffee

This trick requires just a tiny quantity of water. Putting too much water will damage can damage your grinder, especially when it is frequent. It is important to note that this technique only works when it is single-dose brewing. What this means is that when you have added even the tiniest drop of water to the beans, the compounds that bring out flavors from the beans will start breaking down faster, so you have to grind the beans just before brewing.

GRIND THE COFFEE IN A METAL CONTAINER

The major problem with most coffee grinders is that a lot of them are made of cheap plastics. Plastic containers will cause static in the grinder and bring out a lot of coffee dust as you grind. This is because plastic is a known insulator of electricity.

Since metal is a conductor of electricity, it will allow the electrons to move between objects with ease. So the electric charges that will occur will still be balanced and there will be little static. Therefore, buying a coffee grinder that has a metal ground container will help to reduce the static that occurs in your grinder.

You can as well say goodbye to the static in plastic grinders and buy new ones. Note that you’d still experience experience static with most coffee grinders. It all depends on the area you live in and the moisture in the air. All these can influence the level of the static you’d experience as you grind the coffee.  So when you want to buy a grinder, you should look out for the following factors as they will help to minimize the static.

Now that you have all these factors in mind you should buy a good grinder or use these tricks to reduce the static. Using rancid or stale coffee beans will still cause static because they are a bit wet due to the moisture causing mucus, yuck, and will stick around making your grinder look quite dirty and dingy.

Your taste buds won't even thank you if you use these kinds of beans to brew. Also, ensure that you grind the coffee beans just before brewing to ensure that you are taking the freshest coffee possible.

You don't want all that, get great coffee beans from Coffee Hero and a grinder, then follow these and your morning headache that usually happens when your kitchen is all messy due to static cling will reduce significantly.