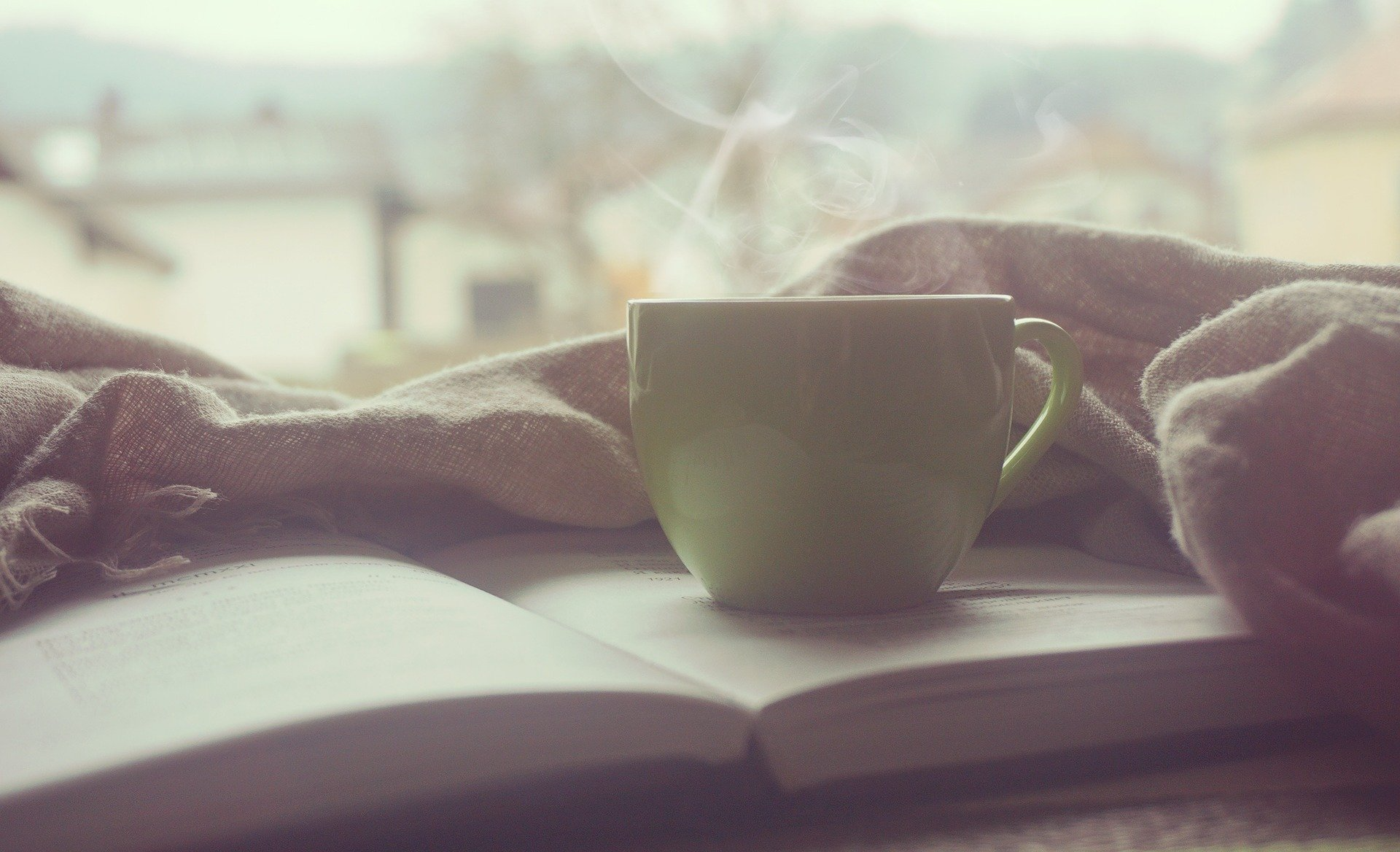 We are big fans of the Australian coffee scene. The beauty of Australian coffee is that it is not just limited to coffee blends, it has gone past that. This is because Australians drink hundreds of cups of coffee. It is a great way to start your day. You may only be familiar with the flat white, latte, cappuccino, and others. But there is this secret recipe in Melbourne, you'll love. We will tell you all about it- magic coffee.

You can either make it at home or order it from your favorite café. Melbourne is known as the 'coffee capital', with every laneway having roasteries and cafés. What a lovely sight to behold with the scent of freshly brewed coffee.

Let's tell you all you need to know

WHAT IS MAGIC COFFEE?

We must say that coffee plays a huge role in making the cities in Australia to be lively. Magic coffee is a drink that has been added to the list of coffee drinks in Australia. You’ve probably heard of the term, and you were wondering if it's slang. Well, it's a real thing.

Once you have left the borders of Victoria, you’ll most likely get a puzzled look at a barista if you ask for magic coffee. This is because the drink is exclusive to Melbourne. The good news is that you can order it if you are in Melbourne or you can brew it from the comfort of your house.

Magic coffee is made when steamed milk is added to a double ristretto. It's better if the ristretto was made with espresso. The drink is normally served in a normal cup size- 160ml or 5oz cup. This is because it adds to the quantity of the ristretto.  We’d say it is close to the flat white drink, but it's stronger.

As we said, you can order this coffee in a café or make it yourself. For the cafés, you can see it advertised on their menu while some may not put it up there, you’d have to ask. To make it at home, you’d have to make a double ristretto first, and add steam the milk.

We’ll break these words down for you.

Note that for the regular espresso, the lighter notes and fruitier notes usually extract first while the darker flavors come out later. But for the ristretto, the bitter notes do not extract because the flow of water is normally cut off earlier (that is less water is used). This means that the ristretto has a sweeter taste and is brighter, that's why most people love it.

The milk has to be silky. It should contain just a tiny amount of microfoam. Read our guide that explains all you need to know about microfoam. The texture of the milk has to be somewhat like flat white. The milk for magic coffee is not steamed to be as hot as that of the latte .So this makes it easier to drink.

When we say the milk has to be silky, don't confuse it with the normal steamed milk. The term silky is more descriptive. Do you know why? Because steamed milk can be used to describe milk that has been steamed to have large layers of foam while silky is about the milk having a mouthful.

Magic coffee is different when compared to flat white in Australia. The flat white is normally served in a 6oz cup while magic is sometimes served in a 5oz cup. It contains less milk than flat white, so this makes it a more concentrated coffee.

Some baristas may not fill the cup to the brim, they may just feel it up to 3 quarters. We must say that magic coffee is popular in Melbourne because it hits a sweet spot, between milk and coffee. But there are other drinks to brew or order in Melbourne.

A cortado is an espresso-based drink. It is mixed with a rough amount of milk. It is almost like the latte, but it contains less foam and milk. It is normally served in a small glass. It is also like the piccolo but contains no froth. Read our guide on how to make a cortado.

This drink is also known as espresso macchiato. That is, it is an espresso-based drink. And it is served in a glass with a small amount of foamed milk. The foam is then spoon dropped on the coffee. It doesn't contain the same amount of water like the long black, and you can order the drink as short or long.

This drink is somewhat between a macchiato, cortado, and café latte. It is made with a single shot of espresso and topped with milk. A piccolo is normally served in a 90ml glass. That is more espresso, less milk.

It is good for someone who just had a latte and needs another quick kick for the road. Note that the origin of the piccolo drink is not still clear, but it seems to have originated from Sydney.

A flat white is made with 1/3  espresso and 2/3  silky milk. This ratio is almost the same as the cappuccino. It's just that the milk is not steamed for long that it forms a large froth layer that is essential for the cappuccino.

Nitrogen coffee usually comes out of a beer pull tap. It uses the same process that breweries use to make dark beers or stouts. You would have to infuse nitrogen into the drink. The result will be you having a silkier head for the espresso pour. Read our complete guide on how to make nitro coffee.

This is a drink that is commonly used in Ayurvedic medicines because it has antibacterial and anti-inflammatory benefits. You make this drink from grated or fresh turmeric, or turmeric roots, or you can go for spices like cinnamon, ginger, nutmeg, pepper, almond milk, coconut milk, or soy milk.

There is a popular saying that variety is the spice of life. These new additions to coffee menus show that the coffee scene is evolving. In fact, the magic coffee drink has spread to other parts of Australia, more reason why you should be making some at home. So the magic café mystery has been revealed right? Case closed.

Oh before you leave, remember that you’d need great coffee beans to make this drink. That's the secret to making good coffee in Australia and all parts of the world. Buy freshly roasted coffee beans from Coffee Hero and get started on making magic coffee, using this secret recipe. 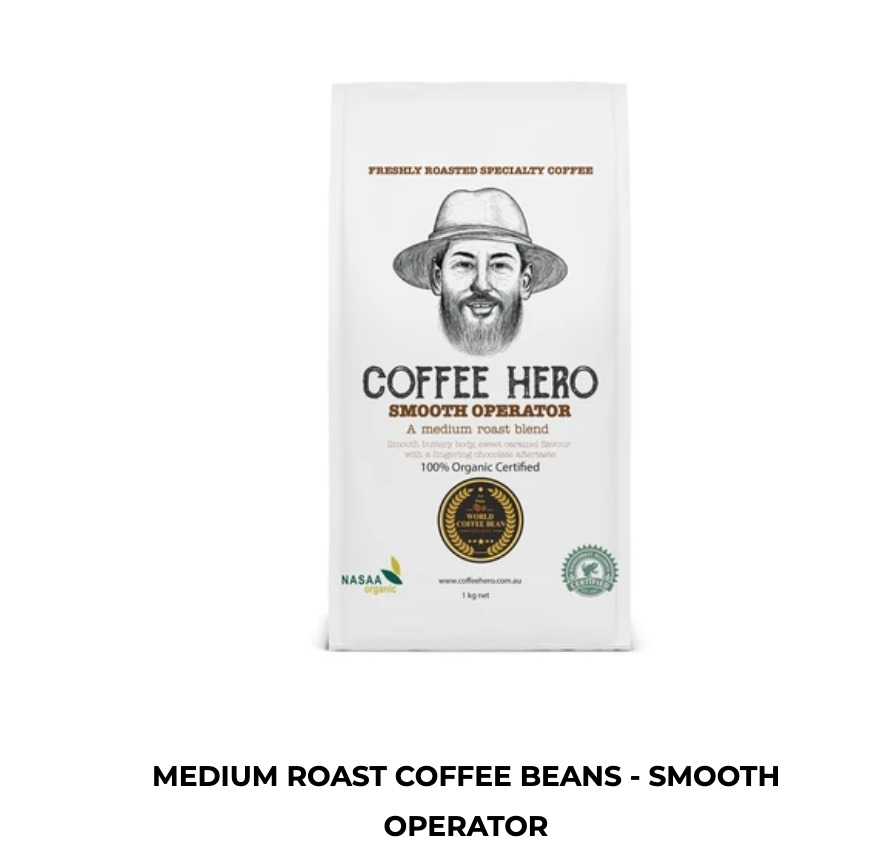 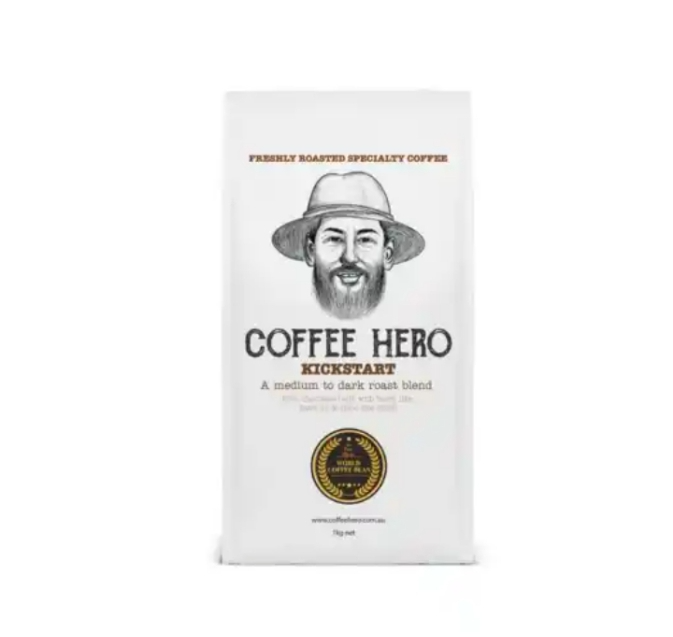