HOW TO MAKE YOGURT COFFEE 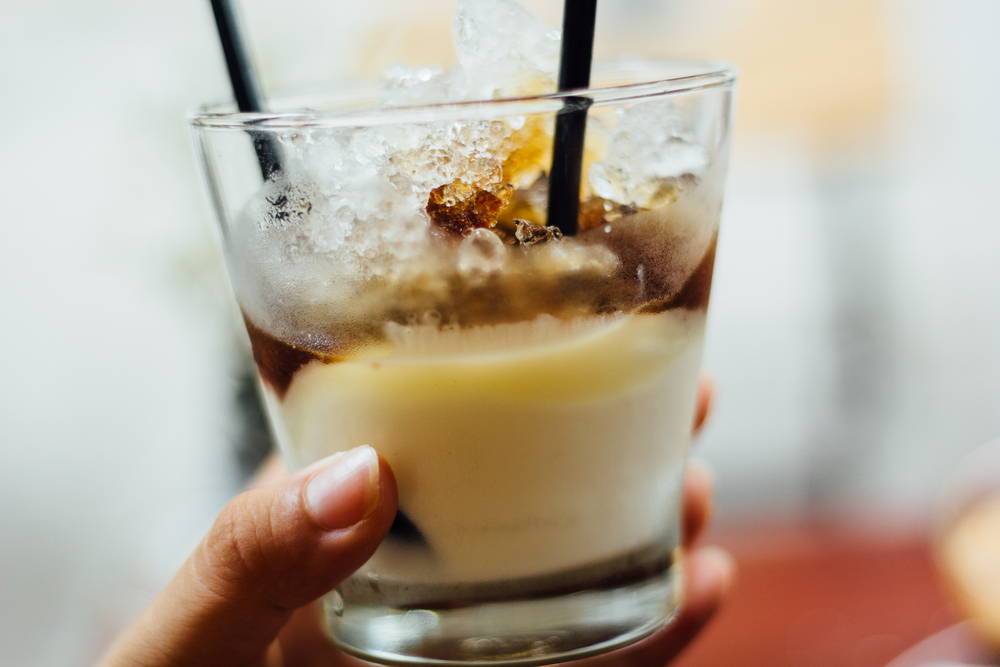 If you are a black coffee addict, you won't like to get creative with coffee, and you may feel reluctant about getting more tricks about coffee. But you shouldn't, changing your coffee style a bit wont hurt. Some time ago, we discovered that there is a rather strange way to prepare coffee, and it involves you adding yogurt to your freshly brewed coffee.

We are going to show you how to add yogurt to your coffee and different variations to try. We’ll also be answering some frequently asked questions about adding Yogurt to coffee.

CAN YOU ADD YOGURT TO COFFEE?

The answer to this question is Yes, you can use Yogurt in so many ways inside your coffee. Some people may think that the idea is repulsive. At first, some of them said they disliked how the sour milk was put into their hot plain black coffee. They thought it was going to cause havoc in their coffee, but it didn't.

You may have also heard of Vietnamese yogurt coffee. It is one of the popular coffee concoctions that you can find not only in Southeast Asia but in other parts of the world. It is an interesting coffee to try, we are going to tell you all about it. It was this recipe that made us do some research on Yogurt in coffee and discovered some cool facts.

Now that you know all these cool facts, it is time to try different yogurt recipes.

Let's show you how to make the famous Coffee smoothie recipe. As we said earlier, there are different ways to use Yogurt in your coffee.

This is a very delicious coffee drink. You can brew coffee, add milk and in less than 5 minutes, it will be ready.

Therefore, the coffee used to make the Vietnamese yogurt coffee or any other yogurt coffee drink will not kill any of the good bacteria, since the temperature of the coffee won't be getting to 100 degrees Celsius. You need to keep those good bacteria in the yogurt because they aid digestion and also kill a lot of bad bacteria that are found in the human guts.

What this means is that you can easily prepare any yogurt coffee concoction, whether smoothie or Vietnamese yogurt coffee by yourself and eat it. You can also get creative with your favorite coffee or cake by adding coffee and yogurt to it. You’ll not only be enjoying a delicious taste from this great addition, but you’ll also be getting health benefits as well. Just make sure that the good bacteria in the yogurt doesn't die so that when you add it to the food, they will be able to work in your guts.

CAN YOU SUBSTITUTE THE YOGURT FOR COFFEE CREAMER?

As we previously mentioned, adding some yogurt to your coffee is like adding something milky and creamy with good bacteria to your coffee. Yes, you can substitute it if you are not skeptical about eating live bacteria.

This recipe may not be good for you if you are a lover of plain coffee. But who says you can try something new? You can still enjoy yogurt coffee if you are lactose intolerant, you can ask your doctor if it is okay to take it and they prescribe some drugs that help with the digestion of milk.

CAN YOU REALLY EAT YOGURT WITH COFFEE?

We have to tell you this, you’ll hear about some group of people that don't approve of adding yogurt to coffee. They believe that you can only achieve optimal digestion when you pair foods that have similar digesting times or pH levels.

Then, they believe that dairy food shouldn't be eaten together. For example, they think that whole milk and yogurt shouldn't be blended. But this group is basing their theory on mere talks as they have not been able to provide any scientific evidence to back up their claims. It won't be proper for you to believe such claims. So you can eat yogurt and coffee just the way you like it.

CAN THE HEAT DESTROY THE GOOD BACTERIA IN YOGURT?

The heat from your coffee won't destroy the good bacteria in the yogurt because it is not hot enough. The coffee you take has to be more than 100 degrees Celsius in your stomach before it can kill the good bacteria in the Yogurt. Your coffee won't be hotter than that. Even if it was that hot, you surely won't be able to swallow the whole cup of coffee at that temperature.

Doing something like that will not only burn your lips, it will burn your tongue, mouth, and throat too. Bear in mind that it is not only the temperature that is the issue, it's the length of the time that you keep the yogurt in the hot coffee. The good bacteria can be killed within 10 to 15 minutes if it is kept above 100 degrees Celsius.

What we are trying to say is that after brewing the coffee, you should allow it to cool down for a few minutes so you don't want to burn your tongue, then add the yogurt, so the bacteria won't die off. We recommend adding the yogurt just before you start drinking the coffee.

This is all you have to know about adding yogurt to your coffee, you know all the health benefits and how to add it to your coffee. Now you can brew really great drip coffee using freshly roasted coffee beans from Coffee Hero and get on with this recipe!