HOW TO MAKE CHICORY COFFEE 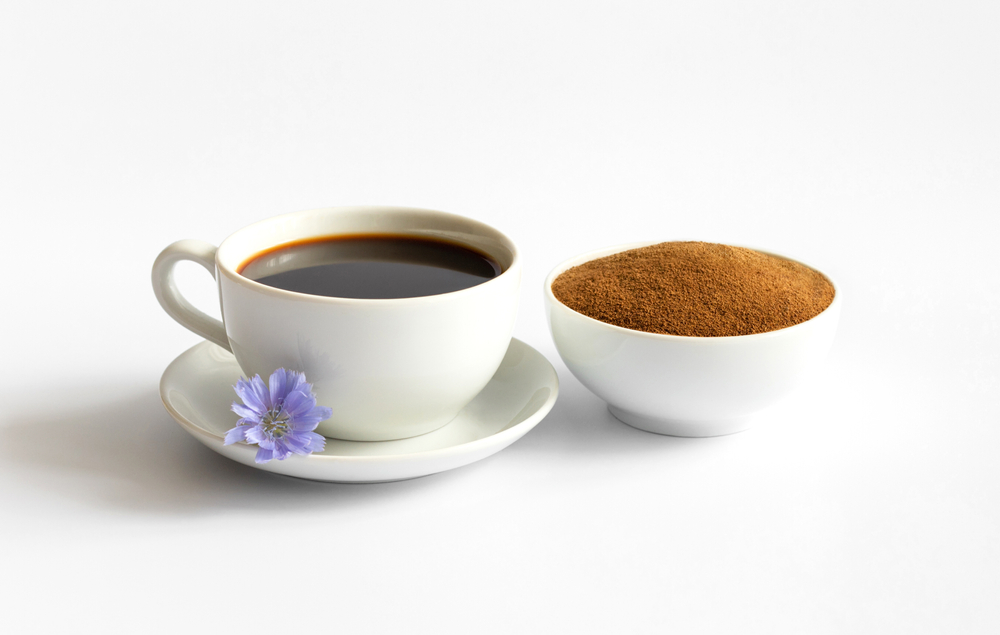 You may have heard of the popular drink called chicory coffee, you were told that it is the poor man’s version of coffee, but that's not true. Most people love to mix it with a few coffee grounds because it doesn't contain caffeine. People go with the option of decaf coffee or chicory coffee.

This coffee is a special Landmark of New Orleans, but you can find it in different coffee shops around the world. Do you know the best part about this delicious beverage? You can make some of it at home and even mix it with whole coffee beans. Let's find out more about the chicory coffee and how you can make some for yourself.

WHAT IS CHICORY COFFEE?

Chicory is a caffeine-free herb. It is a beverage made from carefully roasting and grinding some chicory roots and mixing it with coffee grounds if you like. The chicory leaves from the chicory plant- it is a perennial plant with blue flowers that open and close almost at the same time.

People often refer to the Chicory as succory or chicory roots. The leaves and flowers are used in food and some cakes. The plant is versatile, it can even be used to make flavored vinegar for salads. It is even used as a healing tonic in other parts of the world. The plant has a long, thick root. It is that root that is roasted and brewed, and it can even be eaten as a vegetable.

Like we mentioned, the chicory roots have been used for medicinal purposes in the past years. The roots first appeared in France as a substitute for coffee when Napoleon caused a coffee blockade in Britain- there was literally no coffee left in Europe. Let's try not to imagine what our world would look like without coffee. It's good that the blockade did not happen in this century.

So, the Continental blockade by Napoleon was becoming outrageous, so people had to look for a substitute and that's where Chicory roots came into the picture. The roots were roasted and grounded, then they were mixed with coffee in different ratios because the supply of coffee was not much at that time. If you were thinking the chicory was for the poor man, then you got it all wrong.

BENEFITS OF THE CHICORY COFFEE

It even has some prebiotic soluble content that is beneficial to your intestines, and it can even help with weight loss. That means it reduces cholesterol levels in your body. Note that if you are allergic to birch pollen, you shouldn't be using these roots as they can cause some swellings and pain when the reactions start.

HOW TO MAKE CHICORY COFFEE

The good thing about these roots is that you can make some coffee out of the roots in just a few minutes. You can brew it in different ways once you have all the necessary ingredients.

There are different varieties of this plant, so you can pick anyone you like. You can either buy the dry roots from a store or look for a tall plant with blue flowers. If you can get any of the alternatives we mentioned, you can go for a root of endive (it is part of the chicory family).

You’ll be needing a pan if you got some dried roots. You’ll use the pan to roast the chicory roots for a few minutes.

You’ll need a grinder to grind the roots and the whole coffee beans together. If you don't have a burr grinder, you can grind the ingredients manually. For example a mortar and pestle or manual coffee grinder.

You’ll be needing freshly roasted coffee beans if you want to get a perfect brew. We bet you are going to love the combination.

You can milk the combination to produce the chicory café au lait. This is one of the popular variations of this delicious drink. This addition works fine if you are a lover of latte (coffee mixed with milk).

You can use any device to brew the coffee, it could be a French press, espresso machine, any other pour-over method, and even drip coffee.

By now, you should have gathered all your ingredients, let's get to it.

If you use fresh roots, roast them, and ground them properly, the chicory roots will taste like coffee. Because it has a ground taste, it will taste similar to the Robusta, but it will have a better aroma. That is the reason why you should use 100% Arabica beans that will create a perfect mixture.

Now you can make your own chicory coffee, mix it up with freshly ground coffee. You can even spice it up with some other additions. You can read this guide on how to make a latte, so you can try making a chicory café au late.

So get some freshly roasted coffee beans from Coffee Hero and some chicory roots and start brewing!

Why put chicory in Coffee?

Chicory can be added to your coffee drink for different reasons. For example, if you want to reduce your intake of caffeine, it will have a distinctive flavor to your coffee.

What’s the difference between chicory and coffee?

Although they taste similar, there are differences. Chicory is free from caffeine, and it will slightly alter the taste of the coffee. In addition to this, regular coffee is brownish while chicory coffee comes out black.

Will Chicory make my coffee stronger?

HOW TO BUY AND STORE

You can buy fresh chicory roots in a farmer’s market, but sometimes it is hard to locate, but you can get dried roasted chicory roots in bags from some stores. You can find a bag for about $15. You can also purchase a bag of coffee beans online from us and make a wonderful blend!