A COMPLETE GUIDE TO COFFEE VARIETIES 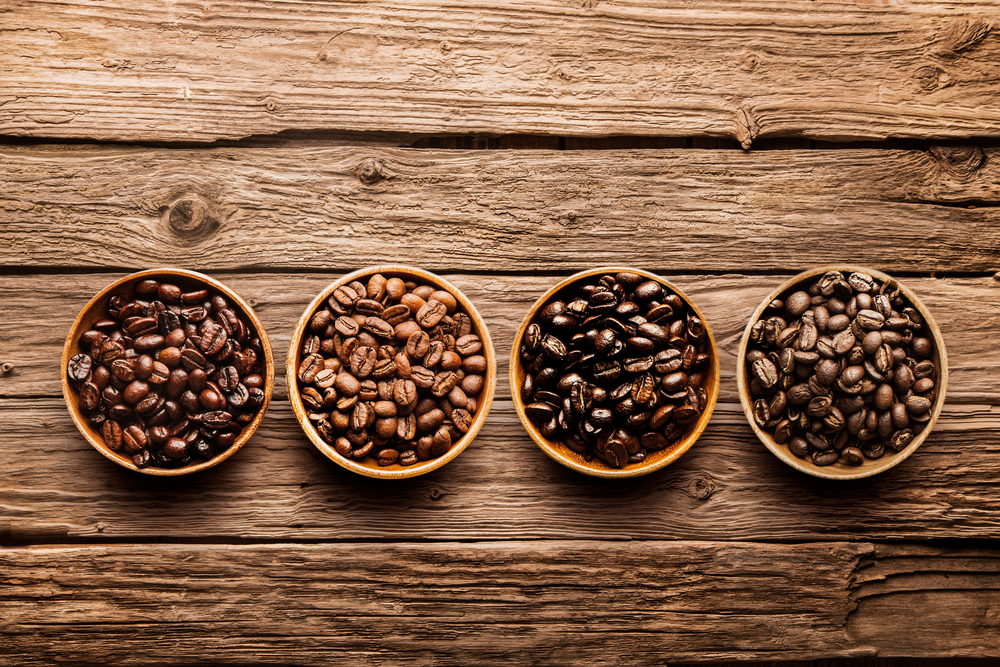 You must have seen these words on a coffee package or read about it in an article- Typica, Geisha, and SL28. These are not scientific names. They are varieties of coffee plants. It is known as the genetic classification in which the coffee plant falls.

These names can be seen in café menus or coffee packages. You may not understand the names by just reading it and roasters or baristas won't explain it to you unless you ask more questions, But it's a good thing you're reading this article. We’ll break it down for you, tell you why it is important that you know these varieties and the most common ones you’d find in the market.

WHERE DOES COFFEE COME FROM?

Coffee comes from a bean plant. These plants have unique characteristics. The beans are grown inside coffee cherries. They are like the normal cherries: the skin covers the bean core.

Coffee cherry is made up of 5 parts- The skin, pulp, mucilage, parchment, silver skin, and beans. You may have heard of these parts before.  The bean core is an important part of the cherry, although other parts have a role to play. When the coffee beans are being processed, most farmers make sure they utilize the other parts of the cherry, especially the mucilage.

Coffee beans don't start out brown, they are first green, then turn brown when they have been roasted. Note that the way coffee beans taste in your final cup is affected by two things- The tree where the cherry comes from and the processing method.

When the coffee cherries are ripe, they are picked and harvested either with the natural method, wet process, or honey processing methods before they are prepared for shipment. When the beans have been bought by roasters, they roast them and turn them into the lovely, tasty brown coffee beans you know.

Lets get back to the coffee varieties.

The truth is that these varieties may not necessarily mean anything to some coffee fanatics. This is because most Arabica varieties have similar tastes but some of them are quite different, they are known as the geisha variety. If you see a coffee package labeled ‘geisha variety’ then you should buy it. It will brew excellent coffee, you need a treat, don't you?

These varieties are quite important in the world’s landscape. Some of these plants produce yields, some plants produce coffee with unique flavors, and they have to grow in certain climates.

Research on coffee varieties saved coffee production in the ’90s when some diseases like ‘leaf rust’ were destroying most coffee farms in Central America.

There is new research going on that is trying to salvage the situation in Africa as the droughts are getting more intense.  You see, varieties are essential in the production and survival of coffee.

Before we continue, we have to explain some terms to you. There is this confusion about variety, a cultivar of the varietal. Some coffee packages may use any of these words, you may be wondering if they are different, so we’ll dispel the confusion.

A variety is a term used to classify plants that fall within a particular species. With the variety, you’d be able to know the genetic makeup of a plant.

Don't worry, it gets a lot of coffee lovers confused too. It is mostly botanists that use the variety word for wild plants and use cultivar for plants that are grown from human activity. For example, plant breeding. What we are trying to say is that using varietal is wrong when talking about coffee beans, using cultivar is okay if you're talking to a botanist but coffee lovers mostly use variety.

SO WHERE DO VARIETIES COME FROM?

Coffee varieties can be created in different ways, The main varieties are usually formed on the farm like any other plant through mutations. In modern days, some plants can mutate on their own and create more varieties. Some other plants cross-pollinate in the wild and produce hybrids. While some labs plant coffee cherries and wait till the right variety has formed and met certain criteria. That is, they have flavors and are disease resistant.

Most of the coffee varieties you know come from two original varieties: Bourbon and Typica. These two are the most popular ones. Typica coffee plants yield less coffee but produce stellar, excellent-tasting coffee drinks. Bourbon on the other hand produces up to 30% more than Typica, but the downside of this variety is that it is at a greater risk of falling from the trees when it is not yet matured, especially if the weather is quite harsh.

You may have heard of the Caturra. It is a variety that is mutated from bourbon, and it was first discovered around the 1930s in Brazil. The farmer has to grow it with care. When it is properly grown, it produces a large yield with plenty of flavors and this plant produces more mature cherries a lot faster than the other coffee plant varieties.

Mundo Novo: This is produced as a result of cross-pollination from the bourbon and typical (it is a hybrid). This coffee was discovered in the 1940s in Brazil too. The production rate of Mundo Novo is high, and the flavors are of high quality since they are grown at high altitudes.

Around the 1950s, scientists were able to breed a variety called the Catuai, it is a hybrid of Caturra and Mundo Novo. The Catuai gets almost all the attributes from the parent varieties. They are flavorful, mature, rich, and short.

Over the years, other modern coffee varieties have emerged through some science missions, especially the ones carried out in Kenya by Scott labs. This mission aimed to find a drought-resistant variety that could help farmers in difficult times. So they created the following varieties.

SL28: This plant was created by accident. These plants are not as durable and resistant as other varieties. The original variety is more incredible. There is the SL34 that is exceptional because it is resistant to drought and other plant diseases. The last one is SL14 that matures quickly and is perfect for farmers that want to transition to other varieties without making losses.

Timor: This variety was discovered in Indonesia around the 1940s. The researchers discovered that the plant was a hybrid of the famous Arabica and Robusta plants. Although these are different species, in the coffee world, we consider them a variety. Timor variety is resistant to the leaf rust disease.

Some researchers and scientists in Portugal wanted to create a hybrid from Caturra that was flavorful and Timor that was disease resistant, and they succeeded. They created the Catimor variety. Though it produces floral flavors when grown at high altitudes, they often have a bitter flavor.

The famous Geisha variety was discovered in Panama and the Geisha forest in Ethiopia. The coffee has crisp acidity, floral characters, and exotic flavors. It is currently earning so much love in the coffee industry.

Other coffee varieties that are not named, can be found in Ethiopia, the birthplace of coffee. Since some of these varieties have not been identified, we call them the Heirloom variety. In the end, all you have to know is the basic knowledge about coffee varieties which you have just gotten.

Another thing you have to think about is the company you are buying it from? Is it a reputable company that sources only the best coffees in the world? As you buy coffee, keep an eye on the Geisha variety, it is exceptionally tasty. You may have to pay extra dollars for them, but it's really worth it.

If you’d love to explore these coffee varieties yourself, there is an easy way to do that: Just click here.  We source our coffee beans from the best farms around the globe, roast them in Sydney and ship them to other parts of Australia. We can bring them right to your door. We’ve got different varieties of coffee in our bunch. You can also check out our Compatible Nespresso pods made with different varieties of coffee.