A Complete Guide To Decaf Coffee 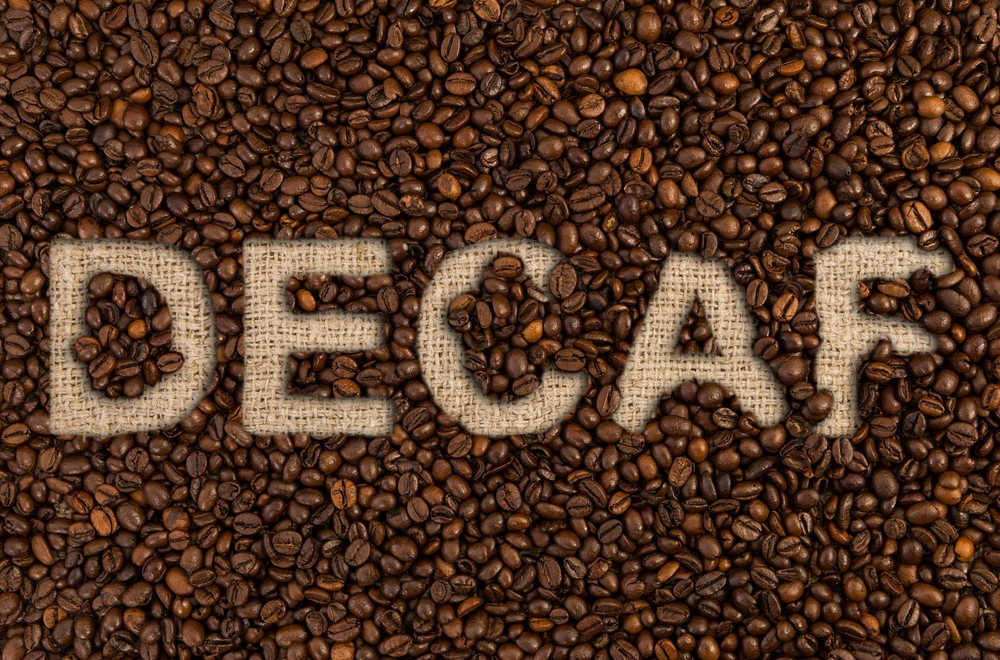 Most people love coffee because of its caffeine content. But the tolerance level for caffeine also varies from one person to the next. One person may enjoy 4 cups (0.95 l) of coffee in a day while another may find it difficult to finish a cup. If you are in the category that can't take the regular coffee with much caffeine, there is a solution "decaf coffee".

Wait, you are wondering if it can be done, can you have a good cup of coffee that was subjected to the decaffeinating process? Read on to find out if you can, you'll even learn how coffee is decaffeinated. But before we go into that, let's give you a little history lesson about decaf coffee.

How did it all start?

The first attempt at decaffeinating coffee was done by Ludwig Roselius (a German Merchant) in 1905. He discovered this method by accident. It happened when he observed freight of coffee beans that accidentally soaked in seawater had lost most of its caffeine content without losing much of its flavour.

He later patented a method that involved steaming coffee with acids or bases. Then the caffeine is removed with benzene. After patenting the method in 1905, Ludwig started a coffee company called Kaffee HAG. Decaf coffee has benefits too. Were you thinking it had no benefits because it was decaffeinated?

It is seriously good for you: This may sound too obvious but it has multitudes of health benefits like regular coffee including- Improved health, reducing the risk of cancer, and preventing neurodegenerative diseases such as Parkinson's or Alzheimer's. Decaf coffee also contains magnesium, potassium, and vitamin B3.

It doesn't leave you with jitters: While some of us can take up to 3 cups of coffee, remain level-headed throughout the day and even sleep so well at night, others can experience jitters. So, decaf coffee is a good option if you feel jittery hands or anxiety.

Note that decaf coffee regardless of its roast profile or brew method still has traces of caffeine in it. But it's not something you should worry about. At most, decaf coffee has around 2 mg of caffeine when compared to the regular coffee that contains 80-100 mg.

How is coffee decaffeinated?

Here, the caffeine is removed from the beans with the help of chemical solvents such as ethyl acetate or methylene chloride. These solvent-based processes are further divided into "direct method" and "indirect method".

In this method, the coffee beans are steamed for about 30 minutes to open their pores. Once the beans have absorbed the solvent, they are repeatedly rinsed with either methylene chloride or ethyl acetate for 10hours or more to remove the caffeine. The caffeine-laden is drained away, then the beans are steamed again to remove any residual solvent. Most times, it's ethyl acetate that is used, it is often referred to as "the natural decaffeination method".

For this method, coffee beans are soaked in near-boiling water for several hours which extracts the caffeine, other flavour elements and oils from the beans. Then the water is separated and transferred to another tank where the beans are washed for about 10 hours with methylene chloride.

The molecules of the chemical solvent bond with the molecules of caffeine and the mixture that comes out are then heated to evaporate the solvent and caffeine. The beans are reintroduced to the liquid to reabsorb most of the flavour elements of the beans. This method is quite popular in Europe, especially in Germany. Hence, it is often referred to as "The European Method".

It is the only organic decaffeinating method. Instead of relying on chemical solvents, the Swiss water process only relies on two concepts "solubility" and "osmosis" to decaffeinate coffee beans. This process begins with soaking a batch of beans in very hot water to dissolve the caffeine. The water is then drawn off and passed through a charcoal filter. The filter is sized in such a way that it captures large caffeine molecules while allowing smaller oil and flavour molecules to pass through.

The result of this is coffee beans with no caffeine and no flavour in one tank and the green coffee extract in another tank. Now, this is where it gets interesting, the flavourless caffeine-free beans are discarded but the water (green coffee extract) is reused to remove the caffeine from a fresh batch of coffee beans. Since the green coffee extract is already saturated with flavoured ingredients, the flavours in the fresh batch can't dissolve, it is only caffeine that moves from the coffee to the water. The result is decaffeinated coffee that didn't lose much flavour.

This is the most recent method, liquid CO2 is used instead of chemical solvents. The decaffeinating method applies carbon dioxide at pressures that exceed 1000 pounds (0.45 t) per square inch to remove the caffeine. The carbon dioxide selectively extracts the caffeine molecules and leaves the other compounds in place.

The caffeine-laden CO2 is then transferred to another container referred to as the "absorption chamber". Here, pressure is released and the carbon dioxide returns to its gaseous state. The caffeine-free CO2 gas is then pumped back into a pressurized container for reuse. 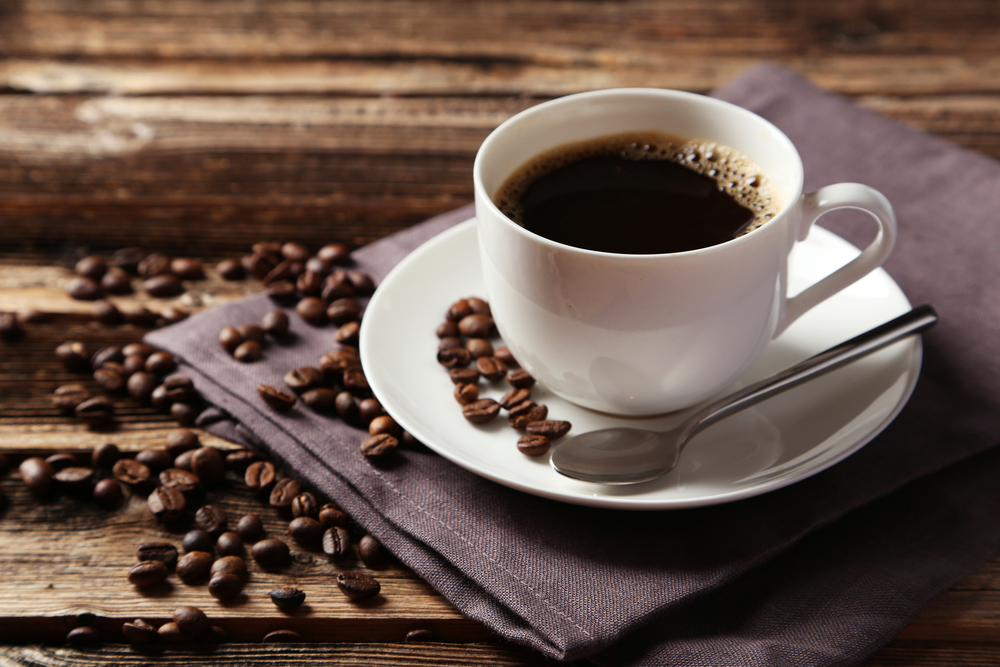 So, you know the process your decaf coffee passes through before it gets to you. You can now start brewing, but before you start you should know the things to look out for before buying decaf coffee beans. Decaf coffee, when sourced and roasted, taste brilliant. Specialty decaf coffee has the same nutty, fruity, and chocolatey flavours. If you don't pick the right decaf coffee, you'll get coffee that tastes bitter or stale.

Always look out for these four things 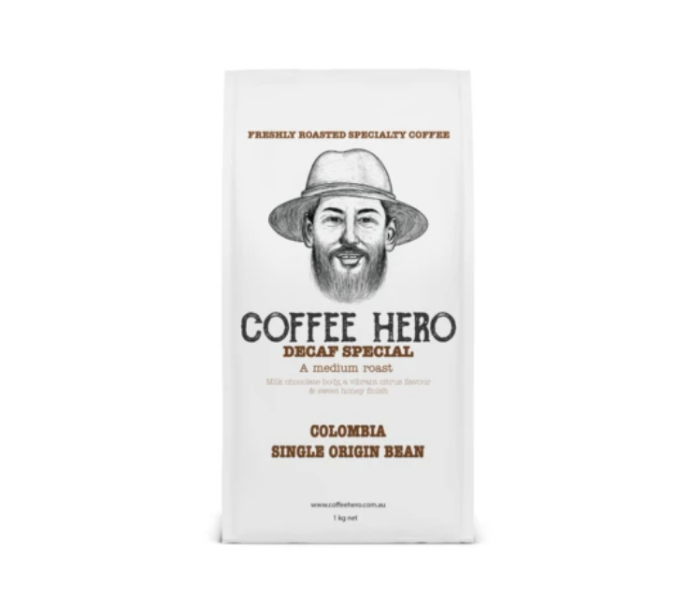 How to brew decaf coffee

The brewing process for decaf coffee and regular coffee is the same. But you'll need to make some adjustments to your recipe. Use a little more coffee than you usual. Also, use a finer ground. You need more coffee because coffee beans are exposed to a large variety of insoluble and soluble matters. During the brew, hot water extracts the soluble water that gives you that wonderful flavour and aroma from the beans.

One of these soluble compounds is caffeine. Since decaf coffee doesn't contain caffeine, there are few water-soluble compounds in it, if you use the same measurements as regular coffee, it will yield lower strength in the cup. This is why we recommend using a higher brew ratio (more than 1:5 ratio) or finer grounds.

Did you also know that you could use decaf coffee for cold brew? We'll show you how.

Here's what you need

From what you read, decaffeinated coffee has its purpose and benefits. It is a delicious drink to enjoy after dinner or before bed.

Remember, the smoothest decaf brew recipes all start with selecting the right decaf coffee beans. Our decaf coffee offers a perfectly balanced flavour with all the sweetness you need.

Order a bag of decaf coffee and enjoy!