A Beginner’s Guide To African Coffee Flavors And Varieties 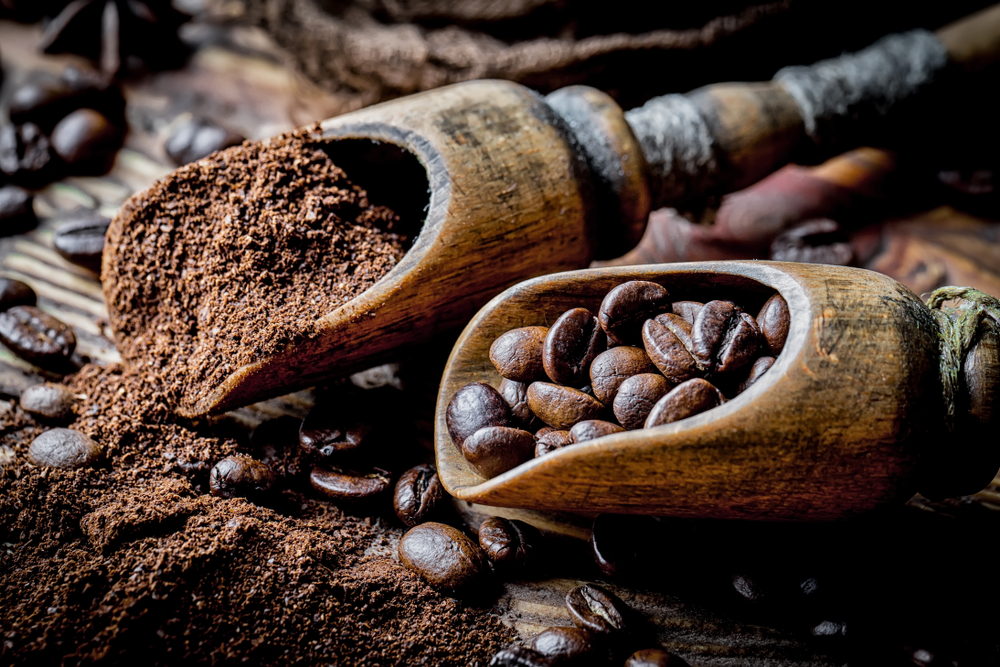 Most winemakers are very poetic when they try to describe places where they discovered sweet grapes. You'll always hear them mention France. Well, that is the same effect that African coffee has on coffee lovers like us.

Africa is among the consistent, most interesting coffee-producing regions in the world. It also has a rich history and an amazing range of coffee qualities and flavors. It might interest you to know that African countries contribute to about 12% of the global production of coffee. Their bulk supply is even higher, we mean supply of specialty coffee, especially the countries in East Africa.

HOW DID THE COFFEE TRADE BEGIN IN AFRICA?

The history of coffee production can be traced back to the Horn of Africa, that is the Arabian sea and even the Gulf of Aden coast. For many centuries, trade was taking place in Bab-el-Mandeb Strait between Ethiopia (especially Yemen) and the Arabian Peninsula.

Some kingdoms were even major figures in the trading between these two areas, like the ancient kingdom of Aksum. Legends say that these trading empires were established in 150 BCE. These areas are now known as Northern Ethiopia and Eritrea.

The Aksum Empire had access to the Nile and Red Sea for several centuries, so it was considered one of the largest empires in the marketplace. The trade done by the Aksum empire has now spread to the countries we now know as Yemen, Sudan, Egypt, Saudi Arabia, and Somalia. This means that the traders were able to trade different agricultural commodities like salt, spices, and even gold throughout the empire. So it brought so much power and prosperity to the empire. The Aksum empire couldn't stop the fact that the Islamic empire was greatly expanding. In no time, they were able to control the Nile and the Red Sea.

At this point, the Islamic empire had started to dominate the trade of coffee in Africa. Around the 14th century, the empire was already tired of exchanging coffee beans with Ethiopians. So, they started growing their coffee after smuggling some coffee plans from Ethiopia to Yemen. The same thing was happening in other ancient kingdoms in Africa, they started growing their coffee to preserve trading dominance. Some countries tried to monopolize the production of coffee, but they couldn't do it a hundred percent.

GLOBALIZATION OF COFFEE PRODUCE AROUND THE WORLD

As we mentioned, some countries tried to monopolize the production of coffee, they saw it as a strong tool because it was making coffee to be in demand, and it was lucrative. At the same time, it made coffee to be stolen by these other countries.

The monopoly of coffee production collapsed some empires like the Ottomans’ Empire when some Dutch raiders stole coffee beans from Yemen around the late 1600s. They moved it from there to the Dutch colony where they built a commercial coffee plantation.

Some colonists even played a major role in coffee globalization. So, coffee production was not just clustered in North Africa, but it is now grown worldwide. Since coffee was searched for most times, it became an ideal crop for colonizers to use as they liked in the colonies they conquered.

Coffee still plays a major role in Africa today. You’ll discover that it still grows in East Africa, West Africa, and Ghana. There are some issues these countries face in coffee production and even exporting. The issues they face range from infrastructure, farm size, and political climate change, which militate them from excelling in coffee production.

It affects the income of the coffee producers, and they find it difficult to support their communities and livelihoods. That is the more reason why Fairtrade coffee and Direct trade coffee was introduced (that's not what we are talking about today). Currently, about 20% of exports come from African countries like Ethiopia, Kenya, and Rwanda.

WHY IS AFRICAN COFFEE UNIQUE?

African coffee is recognized as unique because it has really special flavors. The growing regions in Africa are favorable for coffee. It has high altitudes, volcanic soils that have plenty of minerals, high elevation, and more. The proximity of the equator is responsible for the coffee’s special taste.

You’ll find African coffees with vibrant fruity notes, a berry-like flavor and aroma, and floral notes. It also has a winey taste, aroma, and flavor, alongside a bright acidity that you’ll love. Africa is one area where you can get fruity coffee. What this means is that as you brew, you will taste popular flavors like jasmine, bergamot, and citrus. Ethiopia and Kenyan are among the countries that have been able to develop their coffee heritage. You’ll find unique varieties like the Ethiopian Yirgacheffe. The other African countries like Tanzania have exceptional flavors that meet the specialty coffee standard. You should consider buying some here and start tasting the exceptional flavors.

Coffee from Tanzania has flair notes that are different from the regular flavors you find in other coffees. This rich, aromatic coffee is grown on Mount Kilimanjaro. When you taste the coffee, it will have a sweet and interesting finish that adds depth to its aroma, flavor, and taste.

You should try the light or medium roast Kenyan coffee, it gives an aroma that you’ll love. The flavors you’ll find include- floral notes and fruity notes like lemon and pineapple. Tanzanian coffee also gives a smooth buttery body and a sweet finish. Tanzanian coffee is one of the finest coffees you’ll see in the market.

The Ethiopian Harrar coffee actually precedes the other Ethiopian coffees. It has different fragrances and spices. When brewed the coffee gives a heavy full body and exotic taste. This explains why it is one of the most popular single-origin coffees. It is known as the 7th best type of coffee in the world.

Most of the Ethiopian Harrar coffee is grown around the southern region in Ethiopia. The coffee grows in high elevations as high as 6300 feet above sea level, and they are sun-dried hence the bold fruity flavors.  You’ll also find hints of chocolate and cinnamon.

Depending on your palate, you’ll also find winey, fruity flavors with a floral acidity, all these flavors produce a bright cup of coffee. Since the coffees are sun-dried, they might exhibit a wild fruitiness that many people consider complex but it's not. You may not even notice this flavor sometimes because it is muted.

One of the interesting things about Ethiopia Yirgacheffe is that it has a lasting aftertaste of nuts and toasted coconuts. These are charming tones that anyone will want to taste.

Kenya is one of the largest coffee-producing areas in Africa. It is also known as the tenth best coffee in the world. This is because their government is involved in the production of coffee in the country.  They reward the farmers with good prices when they produce coffee with greater quality.

This encourages the farmers to produce one of the finest coffees. Kenyan coffees are usually grown at 6600 above sea level.  They has a complex acidity but has light flavors that give you a rich taste and great aroma. The taste of the coffee usually comes in two shades-fruity and floral. You’ll notice fruity flavors like Raspberry, Cranberry, and floral notes like Alyssum flowers.

Coffee grown in Madagascar is very refreshing. It accounts for almost one-third of the country’s economy. Coffee varieties like Robusta and Arabica can be found across the country.  The small farmers in this area, grow up to 90% of the country’s coffee, so they usually harvest the trees once or twice a year so that they can produce quality coffee

African coffees are known for their unique taste and distinctive flavors. This is due to the growing conditions. It is perfect, so the coffee cherries can thrive there. The famous Ethiopian and Kenyan coffee have been able to develop their coffee heritage and are rated as one of the best.

So we think it's time for you to order a bag from Coffee Hero. It will interest you to know that we offer FREE SHIPPING! Your curiosity for coffee flavors shouldn't just end with African coffees. You could still try other single-origin coffees and coffee blends to have a glimpse of some unique tasting areas. 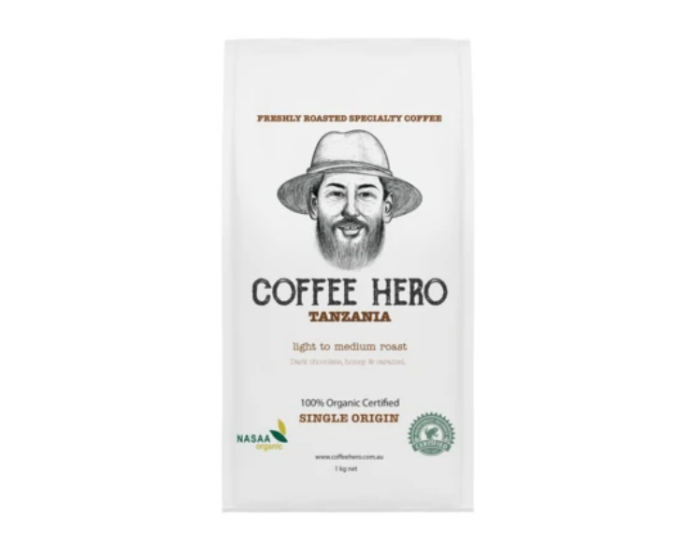 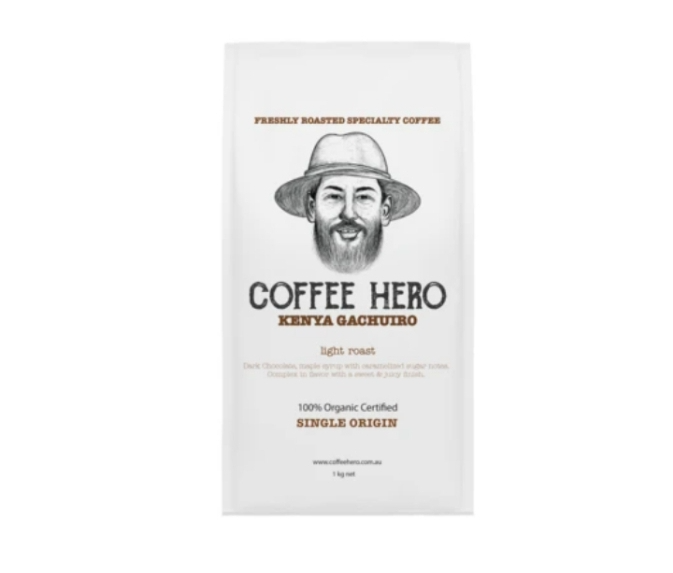 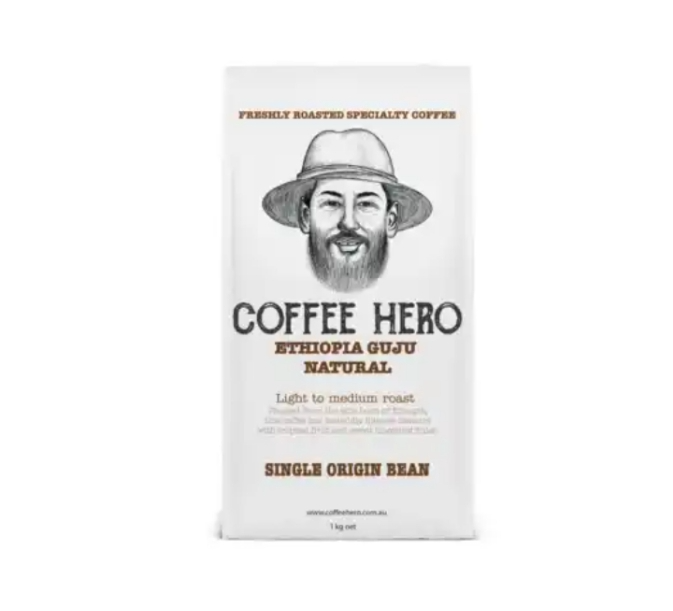